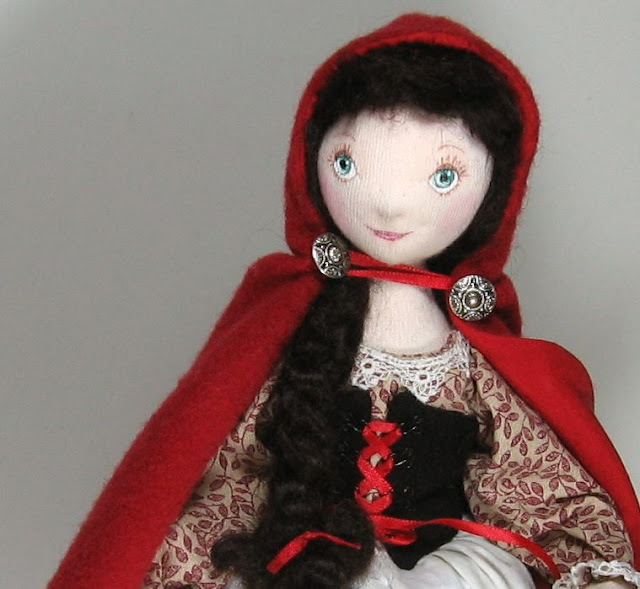 For this Wednesday instead of a WIP I actually have a finished piece. I made Red Riding Hood, or Red Cap as she's known in older translations, for the current ADO challenge which was to make a character from one of Grimm's fairy tales.

The story of Little Red Riding Hood has undergone some amazing transformations over the years. In the older versions the heroine saves herself with her intelligence and quick thinking, but in the later versions she is completely witless and has to be rescued by a man. In the middle are the versions , including Perrault's, where she and her grandmother are eaten as an example of what happens to bad little girls who don't follow the rules. Fascinating to think about that process of revision and what it says about the role of women, isn't it? For a fabulous take on this process and some analysis of the story read Terri Windling's marvelous article over at the Endicott Studio archives. I promise you won't be sorry.

While I was never that fond of the story as a kid, having access to only the latter version, I have always had a soft spot in my heart for Little Red Riding Hood dolls. When I was about 5, I had a handed down Ginny doll that had a red riding hood outfit, and this doll was one of my all time favorites. We called her Luleela, which I think came from my baby sister's pronunciation of the story, and I played with that doll to death, losing all her clothes over the years and most of her hair as well... as my husband says, "we all lose our charms in the end. "...sigh.

I also think part of my attraction to the story currently is that I would LOVE to have a crimson red cloak...well who wouldn't?

So here's my Red, 12 inches tall cloth "skin" over cloth and wire armature. Wool and silk cloak and lots of vintage lace. ...what do you think? 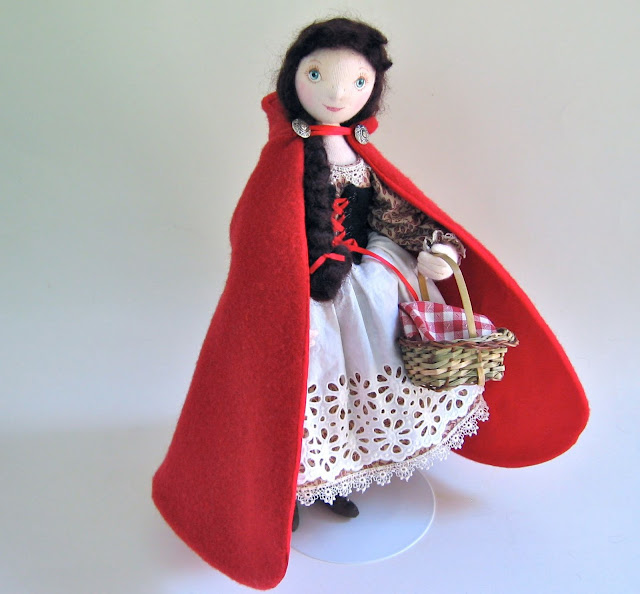 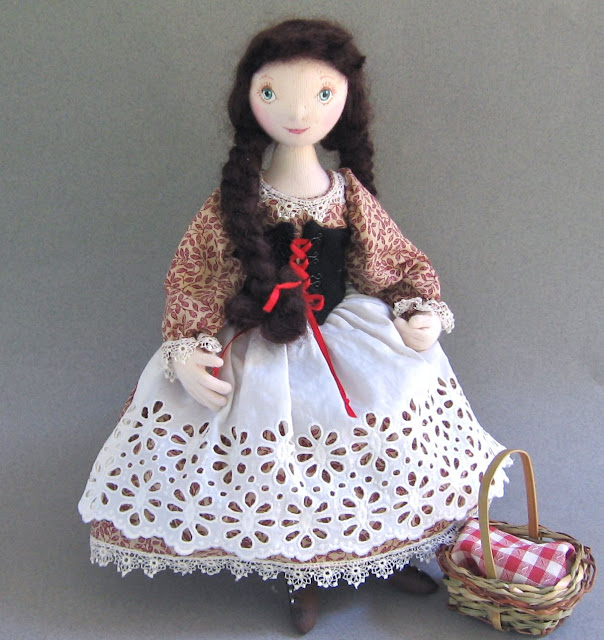 And a inside shot of her lacy underthings...oolala! 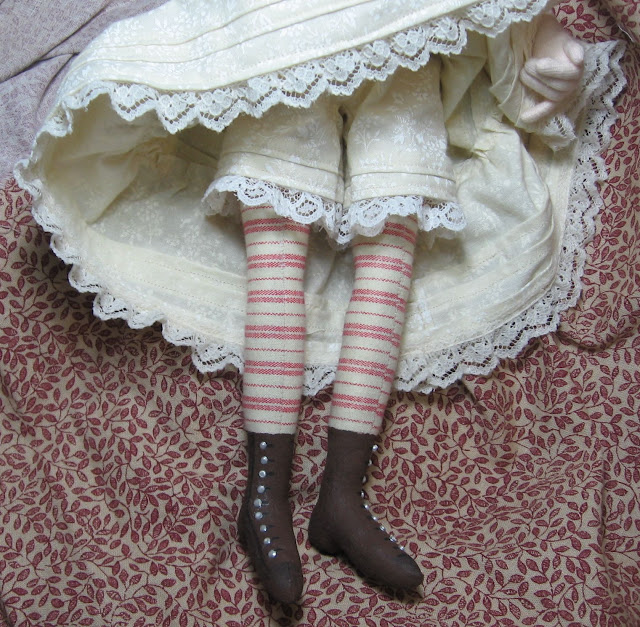 You can find more photos on Red in the shop.
Posted by FairiesNest at Wednesday, September 01, 2010
Email ThisBlogThis!Share to TwitterShare to FacebookShare to Pinterest