Once upon a time my husband and I thought we were not "dog people". We liked dogs just fine but when it came right down to it couldn't imagine owning one...cats certainly, we always had a house full, but dogs just weren't in the picture. But then we had three boys and when those boys were old enough they really wanted a dog! The pestering began...and if you have kids you know how that goes. We kept putting them off, but one day a neighbor came to us and asked if we would be interested in taking her 2yr old corgi because she was moving to a much smaller house and with 4 dogs already she just didn't have the room. We decided we would try it for a week on a sort of doggie day care basis...Mattie, that's the corgi, would come and spend the day with us and then we would take her home at night. All went well...in fact it went so well that after the second day Mattie simply refused to go back...she had found her home and we had found the perfect dog. Within a week even the husband was saying things like..."who's the prettiest dog?" something I never thought I'd live to see. 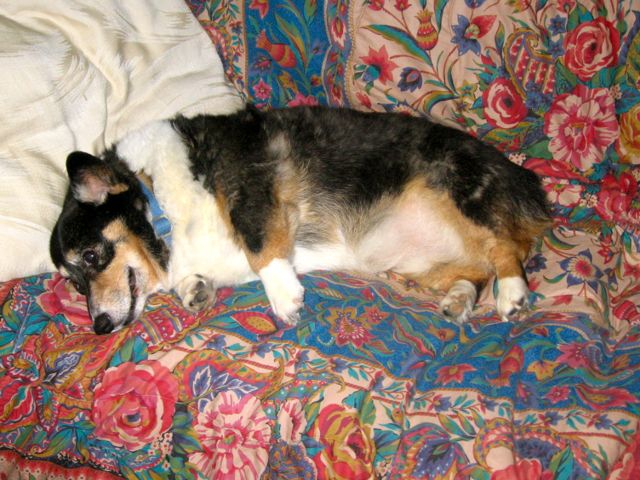 For 13 years she was a constant part of our lives. She went on every trip, kept me company when all the guys were off to school, and was adored by all our cats who considered her an honorary member of their tribe. 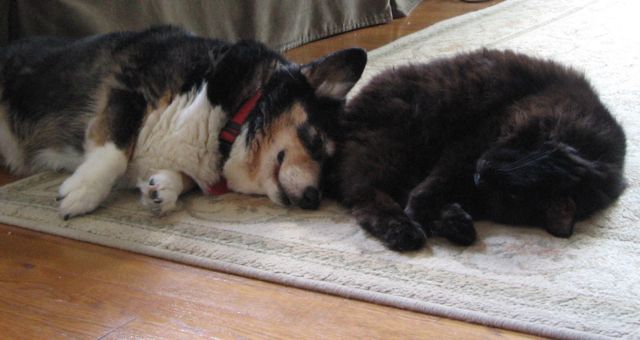 Her funny bouncing run and the way she loved to dig through snow, how she slept on the AC vents all summer, her wonderful smile...she took over our hearts in the way that only pets can do. 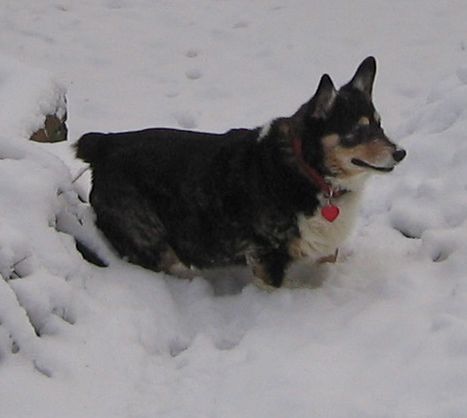 Last Monday, Nov. 22, we had to put our sweet Mattie to sleep. She had gotten progressively weaker and more ill over the previous month until at last she couldn't stand, and we decided it was time. It was so hard. Luckily we have a wonderful vet who comes to our house and she took care of everything so she passed at home surrounded by the people she loved.

I don't know if I'll ever have another dog but I'm sure that I had the honor of sharing my life with one of the best dogs ever. 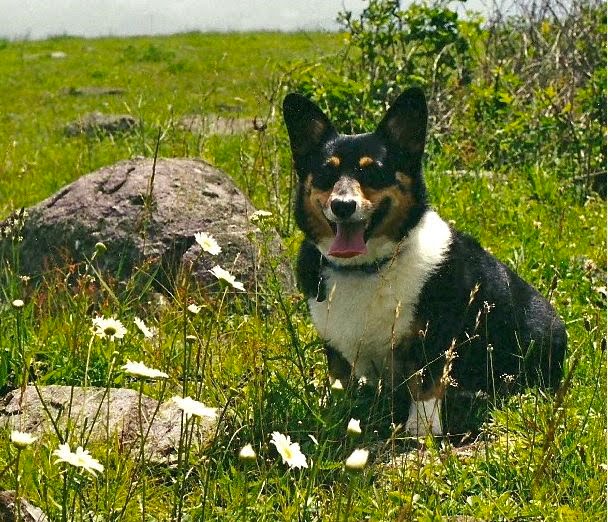 Posted by FairiesNest at Tuesday, November 30, 2010 11 comments:
Email ThisBlogThis!Share to TwitterShare to FacebookShare to Pinterest

Adventures in Beekeeping - Part One

Back in late Spring my husband and I began the first steps in becoming beekeepers. We took a class... my Dad went along for the class too because I guess he wants to be a vicarious beekeeper. It was fascinating stuff and we were ready to dive in and start but it was too late in the year to actually get our hive, so plans were laid and the idea began to grow. Last Friday we took the next step. It was a gorgeous Fall day and we all hopped in my Dad's truck and made our way to Brushy Mountain in western NC to pick up our hive. It wasn't that far, about a 90 minute drive...or it would have been if some people listened to directions...and soon we arrived here... 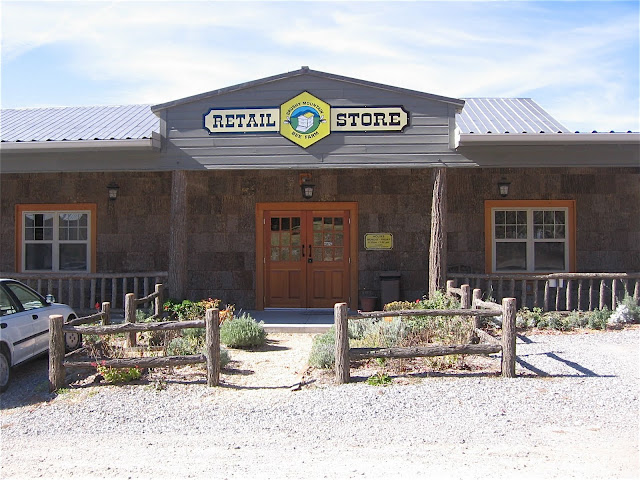 We had a wonderful time poking about and looking at all the cool bee stuff. Here's my DH looking bemusedly at our haul. 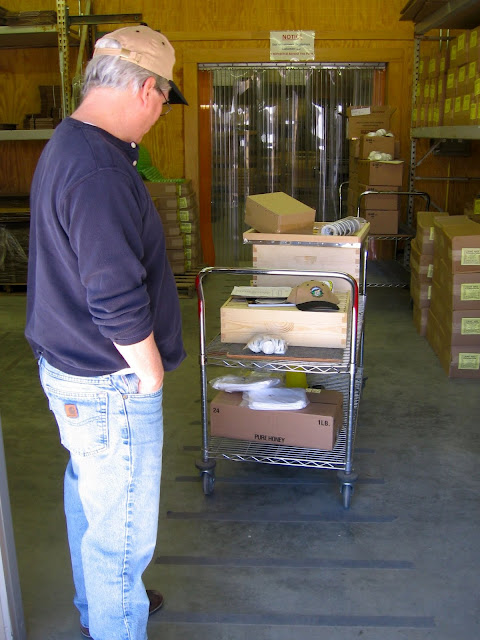 We got everything we needed (hopefully) to get started, piled it all in the back of the truck and began the journey home ...or at least that was the plan..but my Dad has never met a dirt road that he didn't want to explore so we spent an hour driving up and down some tiny back roads and seeking some adventure. The trees were gorgeous... 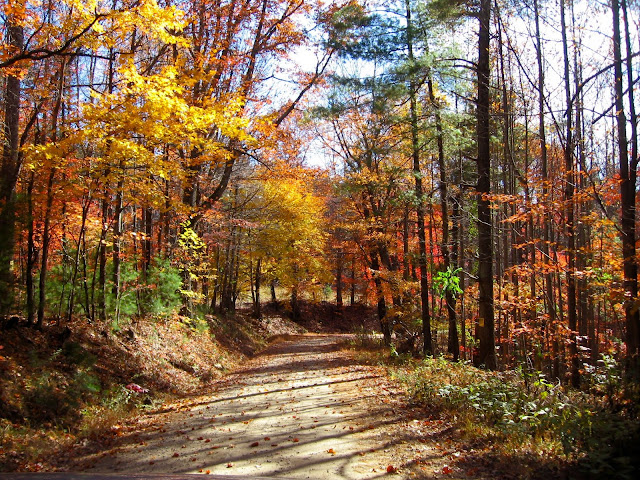 ...but eventually I had to nicely tell him that if he didn't get me some sustenance very soon I was going to probably start gnawing on his leg...low blood sugar makes me extremely cranky, it's a family trait...so we made our way back to civilization and some lunch. Next up we paint our hive and then wait until Spring to get our bees. I'll keep you posted!

And I leave you with our inspiration for beekeeping. This is our friend Mark, the bee whisperer, in the act of capturing a swarm and convincing them to live in one of his empty hives. It was taken by his wife and is such a cool picture. 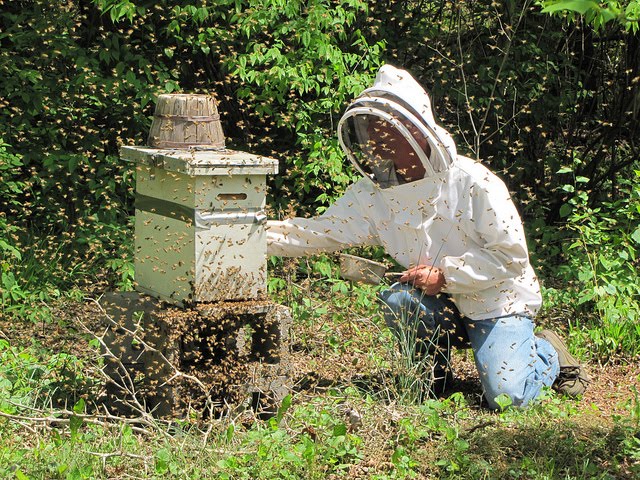 Posted by FairiesNest at Monday, November 15, 2010 2 comments:
Email ThisBlogThis!Share to TwitterShare to FacebookShare to Pinterest

Autumn is without a doubt my favorite time of year. I love the cooler weather, the sharp scents of woodsmoke and decaying leaves, and the colors...oh my the colors! Brilliant blue skies and leaves in amazing shades of red and gold. Here's a tree that is directly across the street from my house. For a couple of weeks every year the setting sun shines through it in the afternoon and bathes my home in the most amazing golden glow... 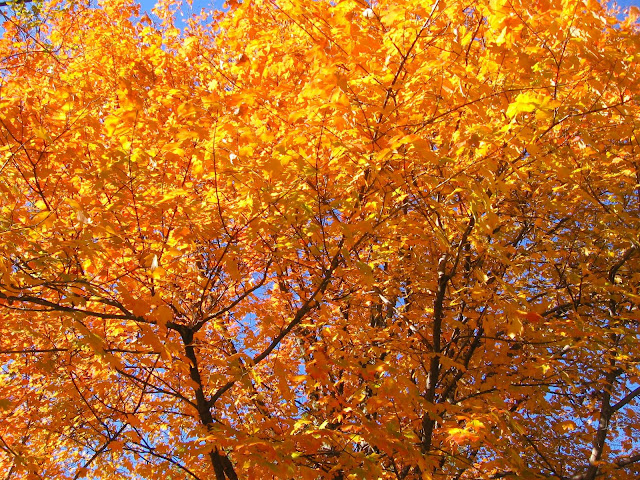 This one I saw on my walk this morning. I love how the reflection looks like an Impressionist's painting. 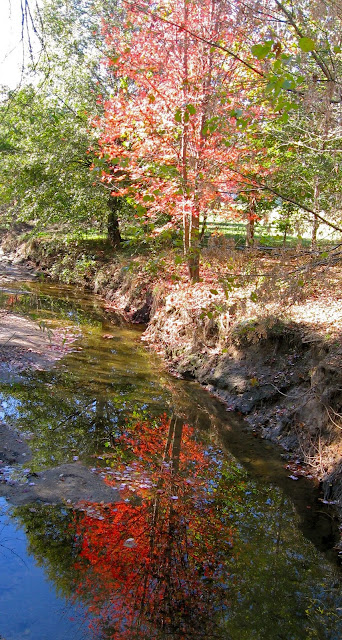 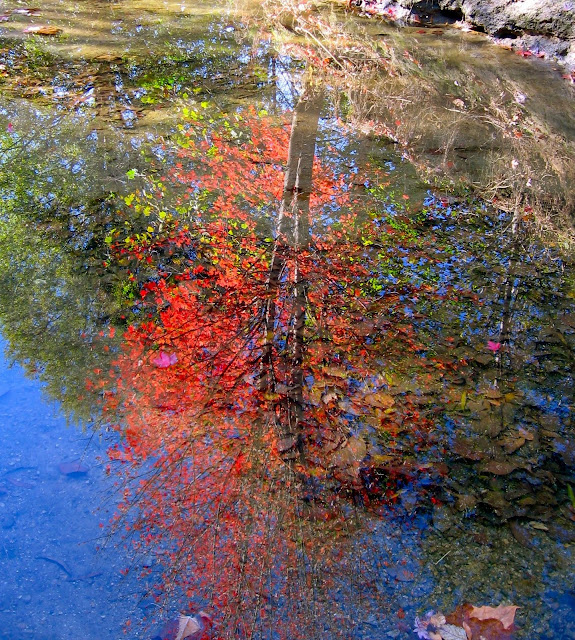 A tree by the corner on my way home...gorgeous. 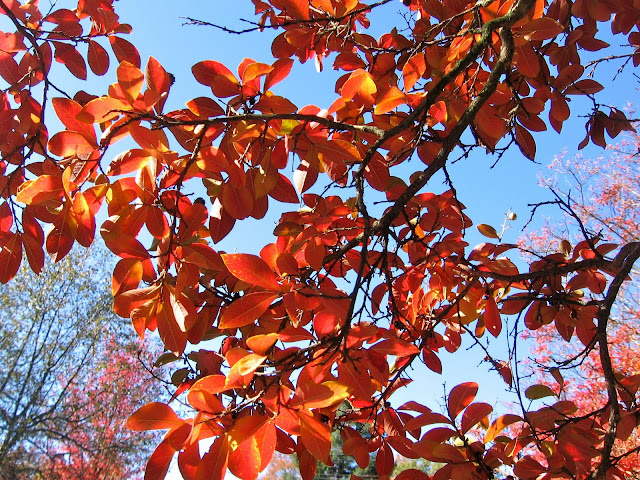 Finally, a collection of things I stuck in my pockets along the way... 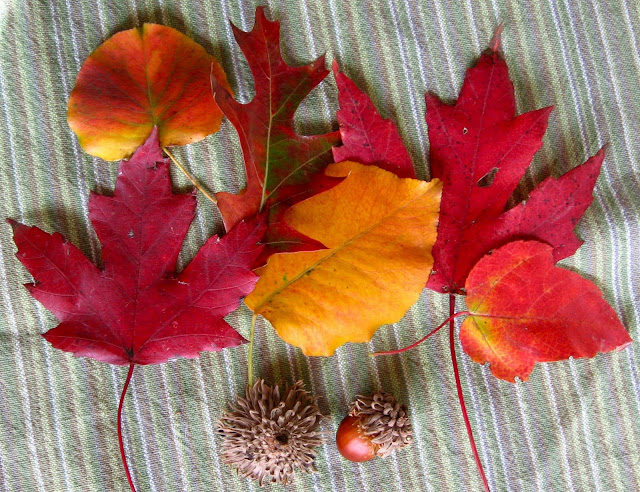 There are places in the world where it is Winter all the time and others where it is Summer, but I think in the lands of Fae it must be constant magical Autumn.

...And I have no idea what this guy was talking about but he seemed very happy to discuss it at length.... 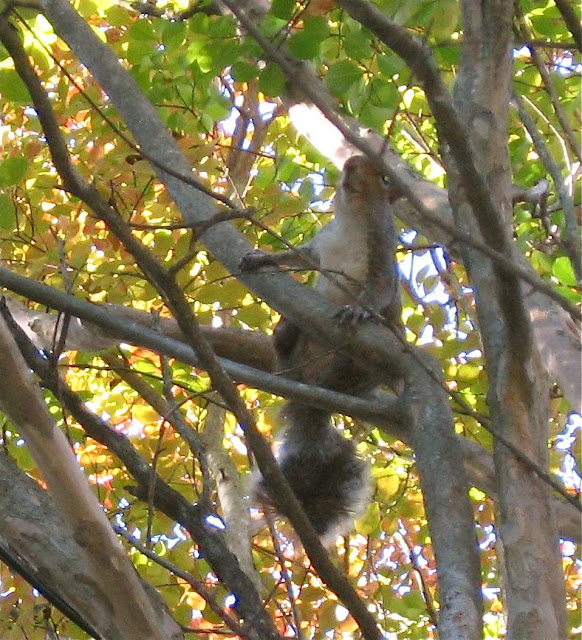