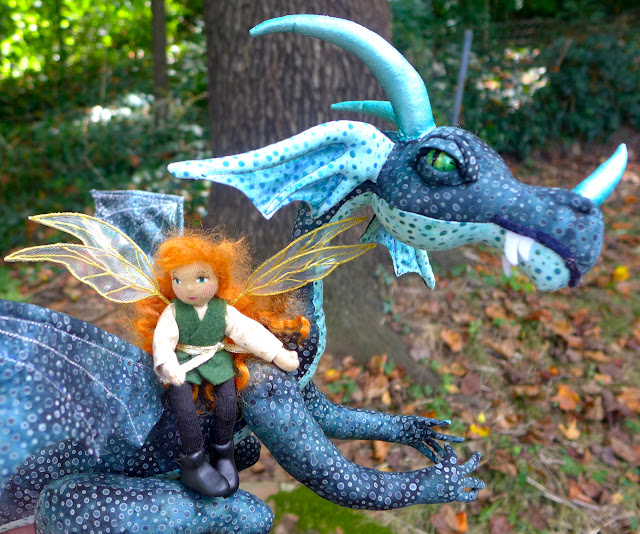 So here is my Dragon Xander with his rider Callista and, as promised, I'm going to tell you a bit about how I made them.
I started with a wonderful dragon pattern by Melinda Small Patterson which you can find on her website Smallwork.com. 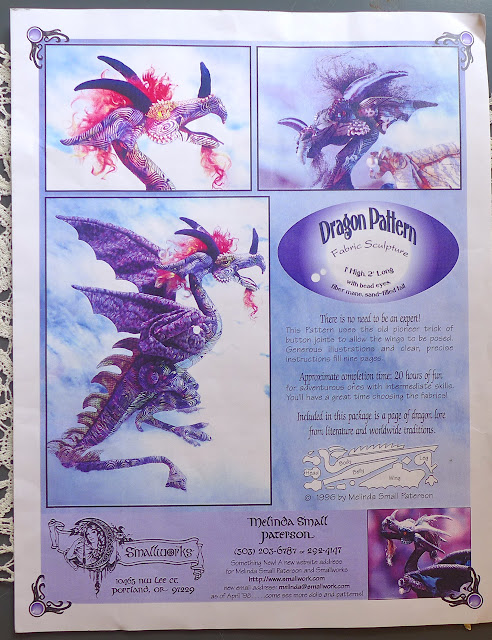 I knew even before I began that I wanted to make some modifications. I wanted the hands and wings to be separate so I started by designing my own patterns for those and then I modified the head pattern to give it a thinner shape. I first made a muslin mock up and then cut out and stitched up the pieces in the material I'd chosen. 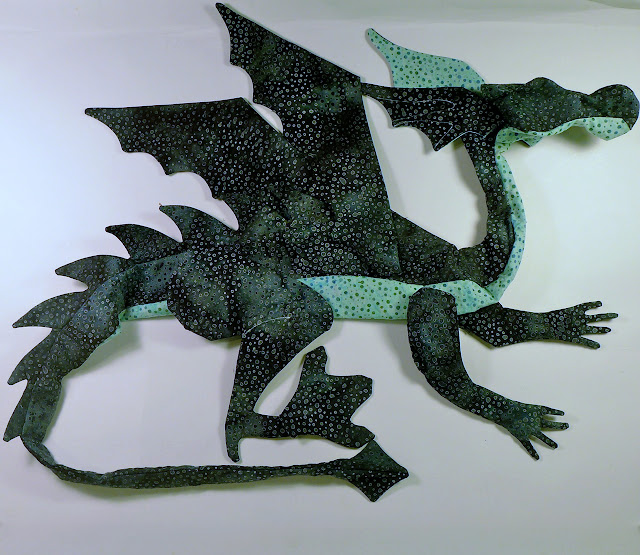 At this point I realized that the hands were too small and the feet too big so it was back to the drawing board. Sigh...I was hoping to eliminate that with the muslin mockup but I just didn't see the problem at that point. I actually ended up redoing the wings and tweaking them a bit as well. 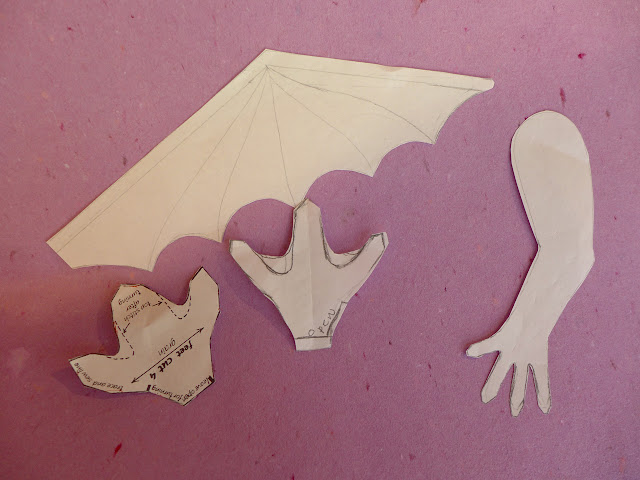 I added quite a bit of armature to my dragon as the original pattern only had it in the arms and legs and the tail was filled with sand.  I added wires to the neck, tail, head, and fingers to begin with and then, because the legs had a tendency to splay and slump, I went back and put in hip armature so he could stand steady with a rider. That was fun...yeah no...but it worked and he stands pretty darn steady now! Finally I eliminated the mane, painted wooden beads for the eyes, added extra eyelids and some pointy fangs. Voila! 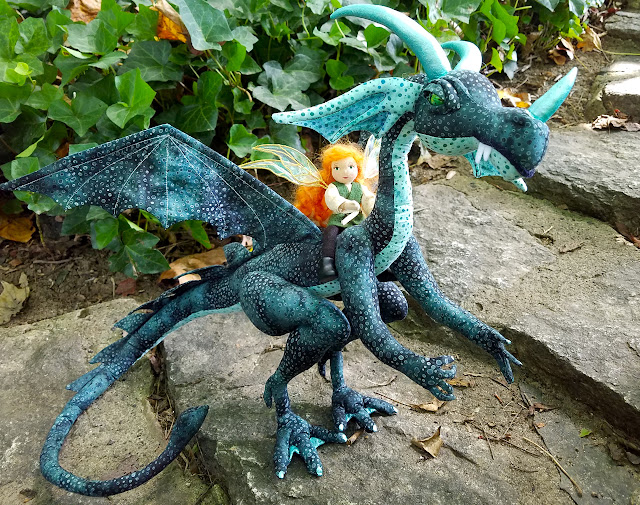 I'm so so happy with the end result and I definitely learned a lot during the process!
Posted by FairiesNest at Tuesday, July 25, 2017
Email ThisBlogThis!Share to TwitterShare to FacebookShare to Pinterest