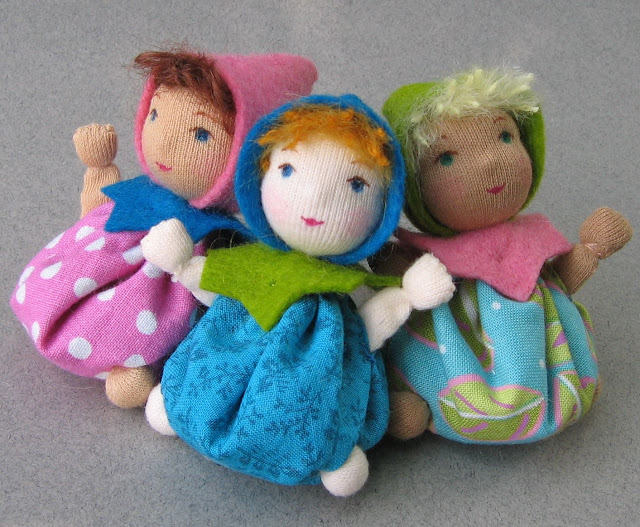 I've finally had some time to add a few little dolls to the shop. One set of solstice babies and one set that for some reason makes me think of an ocean boardwalk...blue skies, aqua water, and bubblegum. What do you think?
These lavender babies have a funny story behind their name. Way back in the day when I just made these dolls for my boys and their friends, I called them Spice Girls...with the promise that they would never sing! But once I started selling them I had to change the name of course. My older son, who at 12 was too cool for dolls ;) suggested "smelly girls". This was deemed not very sales-worthy and we instead went with the name "lavender babies". But I have to admit that we still affectionately call them the smelly girls around here.
So now you know their secret identities...but they actually smell divine...just in case you were wondering. :) 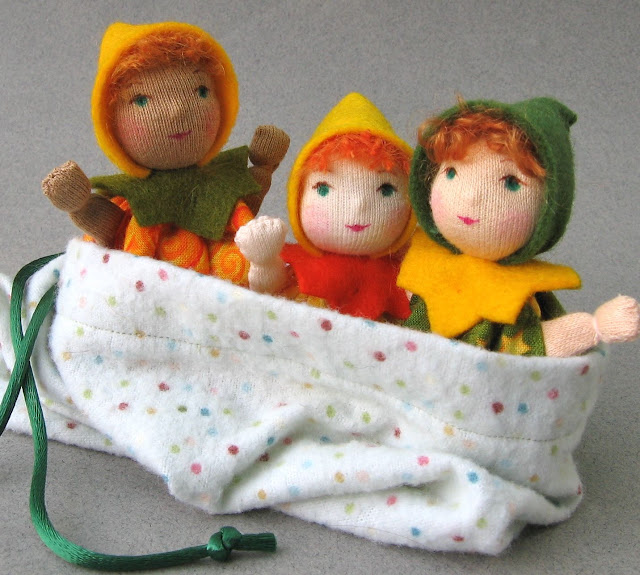 Posted by FairiesNest at Sunday, June 06, 2010
Email ThisBlogThis!Share to TwitterShare to FacebookShare to Pinterest